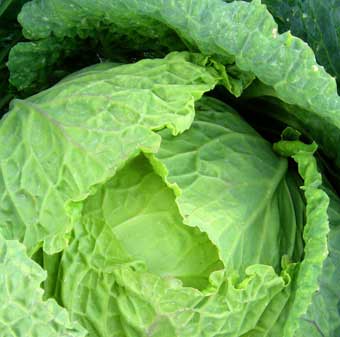 Cruciferous Detox Formula offers all the active substances found in crucifers, now available to buy in vegetarian capsules at Supersmart. It not only helps to detoxify the body but is also now widely-recognized to help protect against cancer.

What are the benefits associated with Cruciferous Detox Formula?

This supplement represents a major ally for men and women of all ages, for maintaining good health throughout life. It can be taken continuously, or several times a year, to complement the recommended minimum intake of 5-a-day servings of fruit and vegetables.

Why is it important to use a cruciferous supplement?

Maintaining good health requires regular consumption of vegetables, including those from the important family of crucifers. To get the best out of this group of vegetables, you need to choose fresh over frozen, avoid storing them for too long and take care not to overcook them as it alters and even destroys their most active compounds – which is not always easy.

Indeed, even if you serve cabbage and other cruciferous vegetables several times a week, you may be losing out on the health benefits they offer, particularly for the body's hormone systems, because of the changes they undergo during preparation and cooking. What's more, the strong taste of these vegetables or the fact that they can cause digestive issues such as bloating and gas, can make them unpopular with many people.

What are the ingredients in Cruciferous Detox Formula?

Broccoli is rich in glucosinolates, particularly glucoraphanine. Glucosinolates are organic compounds containing sulfur and an amino acid derivative. In order to be converted (hydrolyzed) into active isothiocyanates, they must come into contact with the enzyme myrosinase, which occurs during chewing, for example.

Among broccoli's best-known isothiocyanates is sulforaphane, which has a particular ability to activate the phase II liver enzymes responsible for neutralizing carcinogens and is recognized for protecting cellular DNA against potential damage. Studies show it offers protection against cancer of the colon, lungs and prostate. It is, however, a naturally fragile compound, but standardisation of broccoli extract now means the body can be supplied with a constant supply of sulforaphane.

Regular consumption of watercress, which is rich in gluconasturtiin (a precursor of phenethyl isothiocyanate –PEITC), lutein and beta-carotene, may lower the risk of cancer by reducing DNA damage, as demonstrated in studies conducted by Professor Rowland of the University of Ulster, and reported in the American Journal of Clinical Nutrition.

Extract of wasabi root (Japanese horseradish) and mustard seeds contain sinigrin, a glucosinolate precursor of allyl isothiocyanate (AITC), which is also responsible for these foods' characteristic pungency. They normalise liver enzymes and protect DNA in cases of inflammation.

Artichokes: their health benefits, how to cook them and how to get the most out of them

This vegetable from the thistle family appeals to both young and old alike with its delicate, sweet flavour … but how can you get the most out of its properties?

Detox: the 4 best substances for helping to detoxify the body

Perhaps you’ve eaten too much fat, sugar and salt, and drunk too much alcohol. Or maybe you just want to give your body a boost from time to time with some health-beneficial compounds. Here are 4 must-have substances to include in any detox program.