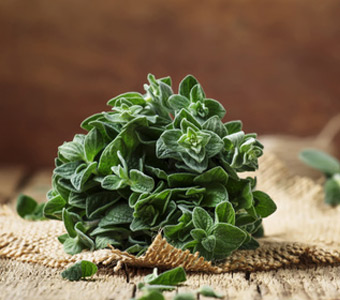 Oil of oregano is extracted from oregano (Origanum vulgare), an aromatic, Mediterranean plant traditionally used for its benefits in boosting digestive, respiratory and joint function. One tonne of oregano is needed to produce 15-30 liters of oil. At the height of Islamic civilization, it was already being used by doctors to treat infectious diseases. This supplement is now available to buy at Supersmart.

What benefits do studies show about Oil of Oregnao?

Oregano oil contains, in particular, a phenolic compound called carvacrol, known for its broad-spectrum, anti-infective properties, thus making it a highly effective anti-viral, anti-fungal, anti-bacterial and antiseptic agent. A number of in vitro studies have shown that oil of oregano and carvacrol are able to kill a wide range of bacteria and fungi. Over 30 studies have been published on the anti-microbial properties of oil of oregano. In particular, they have shown that:

Buy Oil of Oregano today and benefit from its anti-infective properties.

Composition
Directions for use
Take one to three capsules a day or as advised by your therapist.
No reviews for this product yet

Subscribe to our newsletter
and obtain a 5% permanent discount
Our selection of articles
Immunity : 5 excellent plants for the immune system

Can you name 5 plants that help support the body’s defenses? If the answer is no, get up to speed now with our list of plants known to benefit the immune system.

Zinc is known to be excellent for the immune system. Discover the ten best dietary sources of this trace-element. Can you guess which food takes the top spot?

Propolis: how to get the best out of this beehive treasure

Produced by bees to protect the hive from the cold and diseases, propolis is a veritable treasure trove of beneficial compounds. Discover its secrets and how to get the most out of it.