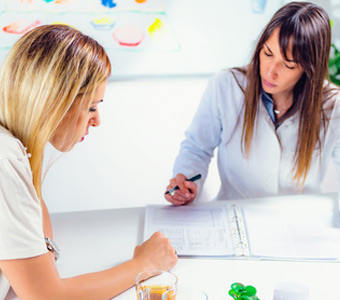 BHT, or butylhydroxytoluene, is a fat-soluble substance recognized for its powerful antioxidant properties. It is widely used as a preservative in food-processing to prevent rancidity in certain foodstuffs containing specific fats or oils. The BHT supplement has recently gained renewed medical interest due to various studies that have highlighted its remarkable anti-aging properties.

Butylated Hydroxytoluene, or BHT, has been shown to have several properties that could benefit your overall well-being. Before you buy a BHT supplement, consider these benefits.

It's an Anti-aging Supplement

The free radical theory of aging suggests that constant exposure to oxidative stress generated by UV light, cigarette smoking or various sources of ionizing radiation is largely responsible for the body's decline. This study shows that when mice are persistently subjected to low-dose radiation, the resulting changes are similar to those observed in aging.

Dr. Denham Harman from the University of Nebraska proposed this theory back in 1956. His preliminary experiments with various molecules resulted in an approximate 20 percent increase in the lifespan of mice. In a second series of experiments, the results of which were published in 1968, Harman tested the effects of BHT and a number of other substances known to inhibit free radical-generated effects on aging and life expectancy. Some of these experiments showed a clear link in mice between lifelong administration of BHT and increases in lifespan of between 30 percent and 50 percent:

These and other findings suggest that BHT may play an important role in extending lifespan.

It's a Powerful Antioxidant

BHT supplements are shown to be high in antioxidants through independent research. That's why it has become one of the most popular anti-aging nutritional supplements.

The protective and anti-aging effects of BHT capsules can be boosted by other supplements available to buy at Supersmart, including other antioxidants, like Vitamin C. You may be interested in our Asc2P or Liposomal Vitamin C supplements, which are even more powerful than the standard form of vitamin C (L-ascorbic acid). They are both stable, potent and highly-absorbable forms of vitamin C. There’s also our Coenzyme Q10 (CoQ10) supplement, a powerful antioxidant with cardio-protective effects.

It Inhibits Some Viruses

BHT has been shown to be remarkably effective at inhibiting a number of viruses that have a lipid membrane. Indeed, this particular characteristic suggests BHT may be beneficial to HIV-AIDs patients since HIV has a lipid membrane. According to scientists, BHT may be able to eliminate the lipid “shields” of viruses or make them permeable, enabling antibodies to successfully attack the viruses.

Another hypothesis suggests it may suppress a protein in the virus's coat, preventing it from attaching itself to a healthy cell in order to replicate. Studies have also reported its efficacy against the flu virus.

Initially, BHT was not recommended for people suffering from hepatitis (A, B or C) because of its presumed hepatotoxicity. However, scientific evidence now suggests it may be effective at treating this disease. In fact, a study in which a hepatitis C patient was treated with high doses of a combination of BHT and hypericin (a key constituent of St John's Wort) showed that the treatment enabled a return to normal, negative values as shown by blood tests carried out at regular intervals.

What do studies show about BHT?

Some doctors use BHT in clinical practice to relieve the symptoms of the Herpes simplex and shingles viruses. In fact, lesions in herpes-infected mice treated with BHT healed faster than those of controls.

If you want to learn more before you buy BHT supplements, consider a few other studies related to BHT:

To maximize the long-term effectiveness of butylated hydroxytoluene (BHT), we recommend taking one 300 mg capsule, daily. And, as BHT is fat-soluble, it should be taken with a meal that contains some element of fat (e.g. vegetable oil, cheese, butter) in order to improve absorption and bioavailability. In addition, at high doses, BHT can interfere with the body’s ability to break down alcohol, which can exacerbate the already harmful effects of alcohol, especially when consumed in excess.