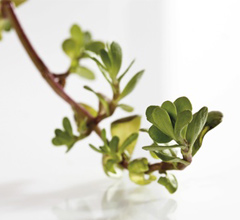 Inspired by the sacred practices of Ayurveda, Bacopa monnieri is a nootropic supplement in vegetarian capsules, made from Bacopa leaves and standardized to 20% bacosides (the chemical compounds responsible for its nootropic effects).

It helps improve memory, learning capacity and information-processing, while at the same time supporting the whole central nervous system in functioning properly. It is often combined with Ginkgo biloba, another ‘gold-standard’ of Ayurvedic medicine.

Who should take Bacopa Monnieri ?

Bacopa monnieri is aimed at many groups of people:

What benefits does Bacopa Monnieri offer?

According to ancient Ayurvedic writings, Bacopa monnieri was recommended for various conditions of the central nervous system and mind: attention deficit, memory problems, chronic stress, decline in cognitive performance… It was used to stimulate awareness and help maintain an alert mind.

As is the case for almost all Ayurvedic plants, scientists have discovered mechanisms of action that support the claims made for this nootropic.

Bacopa monnieri primarily encourages the formation of synapses (7-9), the junctions between two neurons which ensure that information is transmitted and neural circuits are maintained. All our cognitive abilities depend on these circuits: if they become weak or disappear, our performance declines. How does Bacopa monnieri do this? By triggering the production of several molecules central to healthy synaptic function: glutamate and neutrophins such as BDNF and NGF (10-12). These molecules are crucial for initiating the process (13-14). They support the creation of neural circuits (an essential stage in learning), help to maintain existing circuits (vital for preserving memories) and are involved in a cascade of neuromolecular events that support cognitive performance.

When deciding which Bacopa monnieri supplement to buy, be sure to keep in mind the benefits offered by our product:

There are two types of intervention for improving aspects of cognition: taking nootropics such as Bacopa monnieri and brain training (21-23). A large number of studies show that brain training reduces age-related cognitive decline (24-27), and some suggest it is even more effective when combined with Bacopa monnieri supplementation.

The theory behind this potential synergy is quite simple.

Brain training reactivates neural circuits that were previously under-exploited or were in decline (28-30). As we age, many neural circuits disappear or become weaker in areas of the brain important for cognition and memory, such as the hippocampus, the striatum and the prefrontal cortex (31-32). When brain training is practiced frequently, it repeatedly reactivates these circuits and improves the connection between the neurons of which they’re composed (33). As a result, it helps boost or reorganise them more effectively. This reinforcement involves several molecules mentioned earlier in this article: glutamate, BDNF and TGF. Molecules whose production is promoted by Bacopa.

In other words, brain training is the stimulus which signals to the body that it’s time to boost its neural circuits. Bacopa is the supplier, providing the elements it needs in order to do so.

It’s therefore highly recommended that alongside supplementation with Bacopa monnieri, brain training, such as puzzles, brain teasers and a range of cognitive tasks, is practised regularly. The aim of this combined approach is to counteract the cognitive losses that lead to decline. It needs to be maintained for at least 12 weeks to be effective.

Bacopa monnieri can also be combined with Ginkgo biloba supplements to increase blood supply to the brain and help maintain cognitive function.

If you’re interested in other natural Ayurvedic products available to buy at Supersmart, you may wish to consider:

Are there any precautions to be taken or interactions to be aware of?

As a precautionary measure, Bacopa monnieri is not recommended for women who are pregnant or breastfeeding. Bacopa monnieri can in theory increase the effects of phenothiazine, a neuroleptic drug.

Composition
Each vegetarian capsule contains 250 mg Bacopa monnieri extract standardized to provide at least 20% baccosides.
Directions for use
Take one or two capsules, one to three times a day, as required or as advised by your therapist.

Subscribe to our newsletter
and obtain a 5% permanent discount
Our selection of articles
The benefits of Mucuna pruriens (for the nervous system, reproductive health...)

Ginkgo biloba: the benefits of the oldest tree in the world

Ginkgo dates back some 270 million years, predating even flowers and dinosaurs, and has been used for more than 4000 years in Chinese medicine. Discover all that this multi-beneficial tree has to offer ...