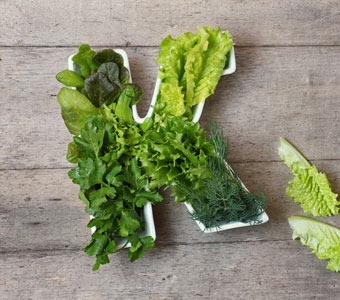 MK-7 90 mcg + Vitamin D3 is a vitamin K supplement that contains the form of vitamin k2 together with D3. These elements facilitate the absorption and transport of calcium in the bone system, now available to buy at Supersmart.

Scientists at the University of Maastricht demonstrated recently that even many healthy people are deficient in vitamin K and that supplementing with vitamin K2 may be beneficial for those aged over 40. 90mcg of MK-7 a day, equivalent to 15g of natto, has been established as a beneficial daily dose, to be taken with a meal containing other fats for better absorption, even though the softgels are already composed of linseed oil, recognized for its high content in alpha-linolenic acid, an essential fatty acid and the top omega-3. Vitamin K2 itself is non-toxic. However, given its effectiveness as a coagulant, it is advisable to consult a health professional before taking it alongside anti-coagulants (coumarin, heparin...).

Such is the potential of vitamin K2’s health benefits, that like vitamin D3, it can be considered as one of the major nutritional supplements of recent years. The addition of vitamin D3 to this complex facilitates the absorption and transport of calcium in the bone system. It significantly boosts the effect of menaquinone-7 by improving bone formation and bone mineral density in menopausal women whether or not they have osteoporosis. These two substances therefore act synergistically. In addition, recent studies have shown that vitamin D3 helps maintain and support pancreatic insulin activity and carbohydrate metabolism and that it provides effective support for immune function.

What is vitamin K?

The term vitamin K encompasses various substances which are derived from the 2-methyl-1.4-naphtoquinone nucleus or menadione and which are involved in activating certain coagulation factors. There are two natural, non-toxic forms which are distinguished by their side-chain:

What are the benefits associated with vitamin K and K2?

Vitamin K is so called because of its effect on ‘Koagulation’ (from the German). After being taken up by the lymphatic vessels, it is formed into chylomicrons and accumulates in the liver where it has a role in synthesising four coagulation factors including factor II (prothrombin) and its conversion into thrombin.

Vitamin K2 is also one of the most effective preventive agents against chronic inflammation which can gradually and silently damage tissue and thus contribute to the development of closely-related health issues and diseases: obesity, cancer and cardiovascular disease (by reducing strokes and heart attacks).

What do studies show about vitamin K?

Buy MK-7 90 mcg + Vitamin D3 to facilitate the absorption and transport of calcium in the bone system.

Subscribe to our newsletter
and obtain a 5% permanent discount
Our selection of articles
3 benefits of Harpagophytum , the plant that supports joint health

Have you heard of this African plant, commonly known as ‘devil’s claw’ ? Discover how Harpagophytum supports the health of your joints, amongst other benefits.

10 effective and enduring measures for strengthening the bones

What can you do to maintain bone mass? How can you minimise the effects of aging on your bones? Here are our top tips for preserving a healthy skeleton throughout life.

Painful joints are a common problem and can be very distressing: here are 10 tips for finding natural relief.